€15.00
Title
Transamorem - Transmortem
Add to Wish List
Skip to the end of the images gallery 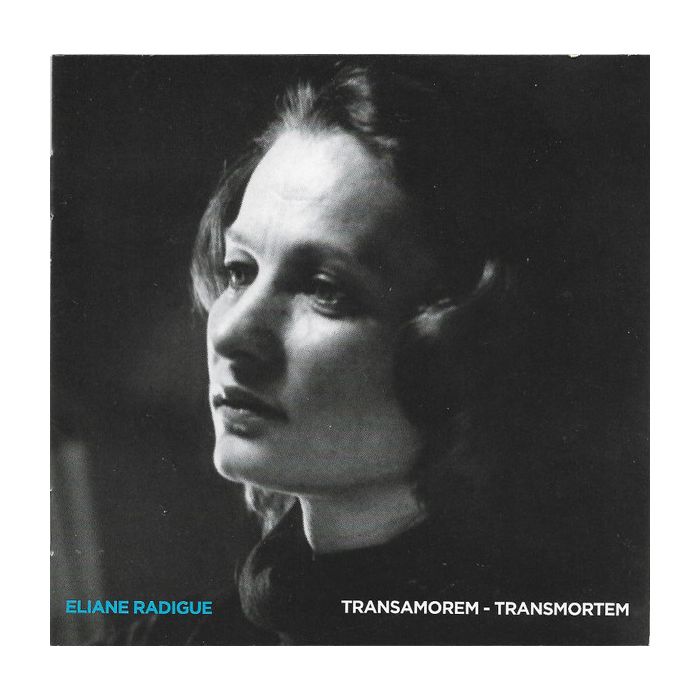 “Before the greatest achievement
Before the greatest detachment.
At the limit of the frontier space of the unconscious - tuned waves - 'consonant things vibrate together.'
Where does the change happen? In the inner field of perception or the exterior reality of moving things in the course of becoming.
And time is no longer an obstacle, but the means by which the possible is achieved."

Transamorem - Transmortem was premiered on March 9, 1974 at The Kitchen in NYC, where the music programmer at the time was Rhys Chatham - this was right before his guitar phase. During this period, Transamorem - Transmortem was presented along with other compositions by Eliane Radigue in a linear mode of listening, although the piece had originally been conceived, during its composition, as a sound installation. Of course, both modes of listening are possible, and each works marvelously in its own way.

In their original form, Eliane Radigue's works are magnetic tapes. After being played a few times in public, the tape disappears to its case until a release proposal makes it available again through a disc.

During this period Eliane Radigue's compositions became fairly long, some lasting over an hour. Because the tracks could not be edited for some obvious reasons, a vinyl release was unthinkable. It was only in the 90s, with the advent of the CD format, that the long compositions of Eliane Radigue were made available (with the exception of the Song of Milarepa LP on Lovely Music, a work already divided into multiple movements and thus able to be fit onto two sides of an LP). For these reasons, the work of Eliane Radigue remained virtually unknown for twenty years - from the 70s to the 90s.

It was in 2004, when she accepted my aid in digitizing her archives, along with Lionel Marchetti, that I discovered Transamoren - Transmortem. Immediately, I was awed by the majestic grace of this very long tangle of frequencies, this set of seemingly unchanging tones, whose variations are of a delicate subtlety. Transamoren - Transmorten is recognizable as one of the most radical of Radigue's compositions, comparable to the first Adnos, the work that follows Transamoren - Transmortem chronologically. Very few transformations, an apparent formal aridity that is then contradicted by the physical play of the frequencies as the listener turns her head gently from right to left, or better yet as the listener moves slowly throughout the music space. Moving through zones of specific frequencies, the listener's body experiences localized zones of low, medium and treble frequencies which vary according to the acoustic properties of the space. As Radigue wrote of Adnos: "to displace stones in the bed of a river does not affect the course of water, but rather modifies the way the water flows." Here, we find the same meditative tension proposing a peaceful movement through the spaces created by the different frequencies that compose Transamoren - Transmortem.

"Inner Space -
This monophonic tape should be played on 4 speakers placed in the four corners of an empty room. Carpet on the floor. The impression of different points of origin of the sound is produced by the localization of the various zones of frequencies, and by the displacements produced by simple movements of the head within the acoustic space of the room. A low point of light on the ceiling, in the center of the room, produced by indirect lighting. Several white light projectors of very weak intensity whose rays, coming from different angles, meet at a single point." ~ Eliane Radigue, 1973

I immediately felt that it was necessary to make Transamoren-Transmorten available once again, and this time in its ideal form, in trying to follow Radigue's recommendations word for word. It was with this idea in mind that the Cumulus collective (also responsible for the contemporary music festival Why Note) organized the Continuum festival in Dijon along with the art space Le Consortium (one of the founders of which had persuaded the group Circle X to record their first, mythic EP in Dijon in 1979 - but that's another story!).

The goal was to correctly present some of Eliane Radigue's sound installations, an aspect of her work now completely forgotten. And yet, between 1967 and 1971 her work was often exhibited in galleries of contemporary art, mostly in Paris (Lara Vincy, Yvon Lambert, etc.), a reflection of the fact that French people have had a harder time than Americans placing the work of Radigue. She herself hesitated for quite a while to use the word "music" to describe her work, a complex that is familiar to this generation of musicians, and which is now no longer really a problem. Who would claim that the work of Eliane Radigue is not musical? That would be strange ....

The 2006 Continuum festival in Dijon saved four sound installations from the dust (an expression that Radigue uses to describe her archives): S=a=b=a+b (1969), Omnht (1970), Labyrinthe Sonore (1970) and Transamorem - Transmortem (1973). The first two installations are composed with feedback, the two others with the sounds of the ARP 2500 synthesizer. Each one is based on a strategy of specific spatial presentation, but that's also another story ....

Now it's your turn to enjoy this enveloping electronic space ....