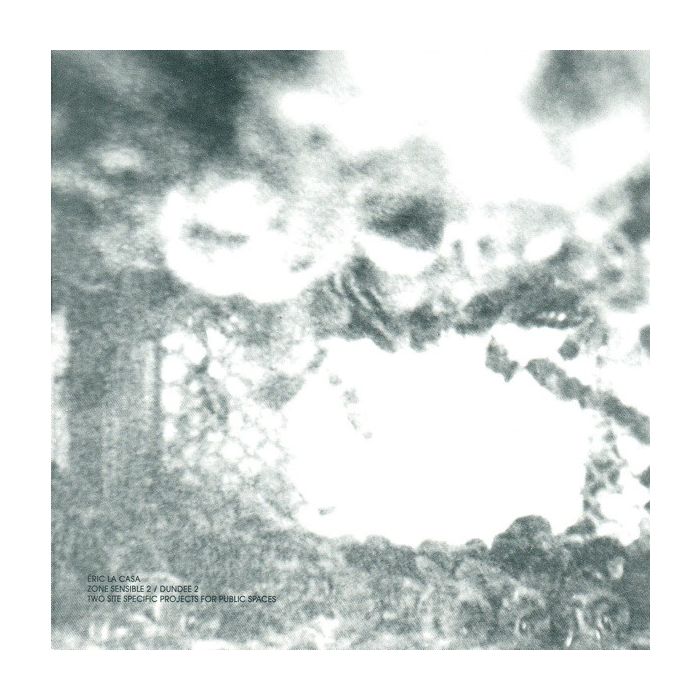 For the best part of a decade, Éric La Casa’s attention to sonic phenomena has resulted in some of the finest contemporary Musique Concréte to come out of France.

A listener of the highest order, La Casa’s methodology for sound recording allows for a versatile examination of both urban and natural environments and it is these interests which are captured on this new edition for Room40.

Zone Sensible, exclusively composed from recordings of bees in the Olivier Darné’s hives, located in the Saint Denis suburb of Paris, reveals a chaotic, frenetic microcosm that speaks to the density of the real, whilst hinting at our ears to experience a dance of oscillations – wings beating with boundless energy.

As a contrast to this microcosm, Dundee, composed with recordings of Dundee city (during a 10 days residency at DCA museum), sees La Casa turn his microphones outward. Rendering a captivating sound map of sorts, ‘Dundee’ was developed in collaboration with USA Film experimentalist Ken Jacobs’ “nervous magic lantern”, on a 6 channels device.

From these recordings LA Casa composed variations and movements in interaction with Ken Jacobs’ processing – a contemplation from the real to abstracted life.

Dundee – Commissioned by Arika (Scotland) for Kill Your Timid Notion 2007