€12.00
Title
The Martian Chronicles
Add to Wish List
Skip to the end of the images gallery 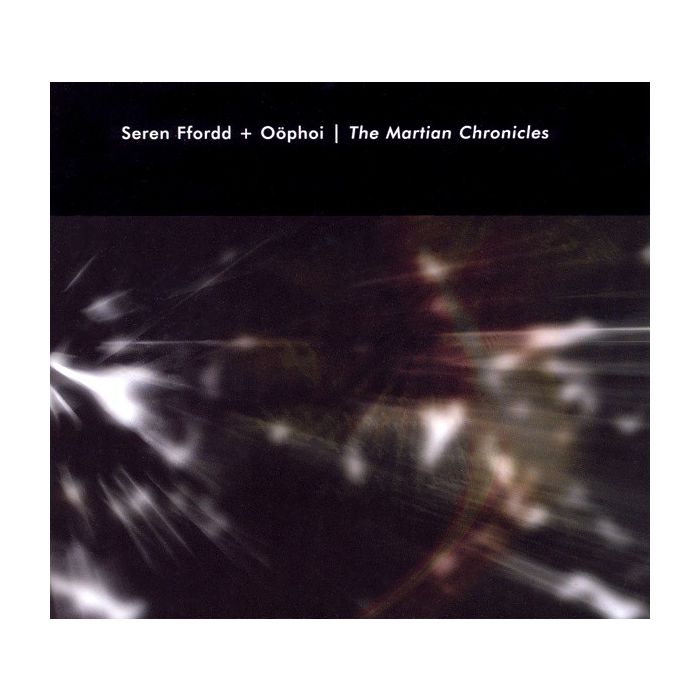 The Martian Chronicles, inspired by Ray Bradbury's story collection of the same name, sounds very much like the soundtrack to a mysterious and strange science fiction film that exists only in the imaginations of Seren Ffordd and Oöphoi. These seven tracks, while slow, moody and at times weirdly alien, also evoke a drama and emotional depth absent from much recent ambient music. It's a complex and beautiful mixture of electronic instruments, field recordings and percussion.

These artists will both likely be familiar to Hypnos listeners. Seren Ffordd has released several albums on our Hypnos Secret Sound imprint, and also contributed to the Hypnos compilation Sounds of a Universe Overheard. The name Seren Ffordd (real name Andy Benford) is Welsh for Star Road, Way of Stars or Milky Way.

Oöphoi himself released Athlit in 2002, Distance to Zero (with Paul Vnuk) in 2006, and his Nebulae group project album Path of White Clouds in 2011, all on Hypnos. Gianluigi Gasparetti, the man behind Oöphoi, first became known for creating the excellent Italian music periodical Deep Listenings. His Oöphoi persona burst onto the ambient music scene in the late 1990s and quickly became one of the most talented and prolific sound artists around. He founded the now-defunct labels Umbra and Penumbra, which released the earliest recordings of Seren Ffordd. After working together in this capacity for several years The Martian Chronicles is their first collaboration, but not their last; the pair has already completed another full album worth of material.

We at Hypnos are proud to bring you this collaborative work from two of the most interesting and talented ambient musicians out there, and we hope you'll enjoy it as much as we do.