€15.00
Title
An Abandoned Laboratory Vol. III
Add to Wish List
Skip to the end of the images gallery 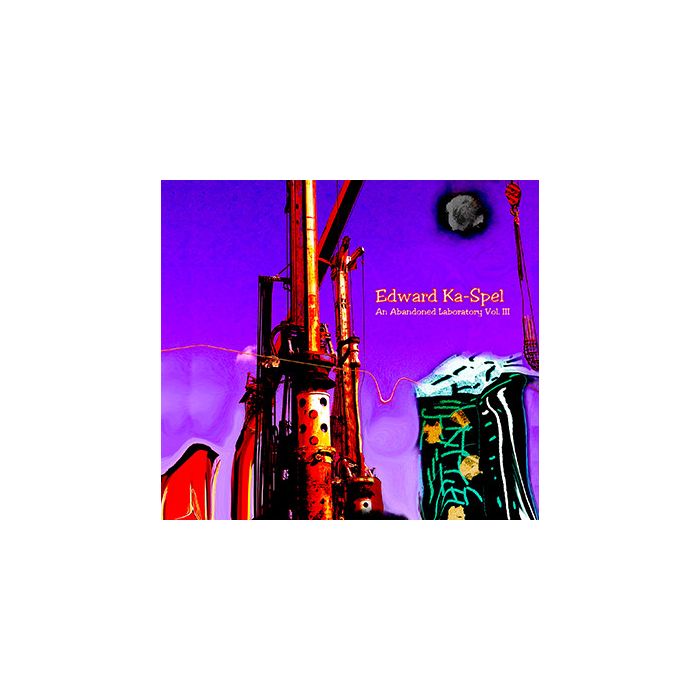 Edward Ka-Spel is an English singer/songwriter and musician residing in Nijmegen, The Netherlands. He is best known for his work with the band The Legendary Pink Dots, which he co-founded. He is also known for his work on The Tear Garden with Skinny Puppy's cEvin Key. In 2017, he collaborated with Amanda Palmer on the album I Can Spin a Rainbow. In The Dots, he was initially known as D'Archangel, Prophet Q'Sepel and he used other pseudonyms as well. He has also released numerous solo albums (initially featuring other members of the Legendary Pink Dots, and including contributions from Steven Stapleton of Nurse With Wound), and has worked in various side projects, including The Tear Garden (with cEvin Key of Skinny Puppy), and Mimir (with Phil Knight, Christoph Heemann, Jim O'Rourke and others). Ka-Spel's solo albums range from abstract electronic noise to more traditional pop songs, incorporating diverse elements of psychedelia, industrial, avant garde, experimental electronic, art pop, classical music, folk (nursery songs), sampling, noise, collage, music concrete, etc. His lyrics have been described as mystically bizarre and ambiguous, and incorporate recurrent themes from his own personal mythos. Ka-Spel's songwriting has been compared to that of Syd Barrett and early Pink Floyd, though the artist describes the comparison as being a coincidence, not a direct influence. Ka-Spel has cited Iannis Xenakis, The Beatles, Nurse With Wound, David Bowie, Brainticket, Can, The Residents, Magma, and Throbbing Gristle as significant influences. An Abandoned Laboratory Volume 3 was originally released as a download and limited edition CDR on Bandcamp and is presented on CD here for the first time. Track 6 is previously unreleased.