€22.00
Title
OPTO_PHON
Add to Wish List
Skip to the end of the images gallery 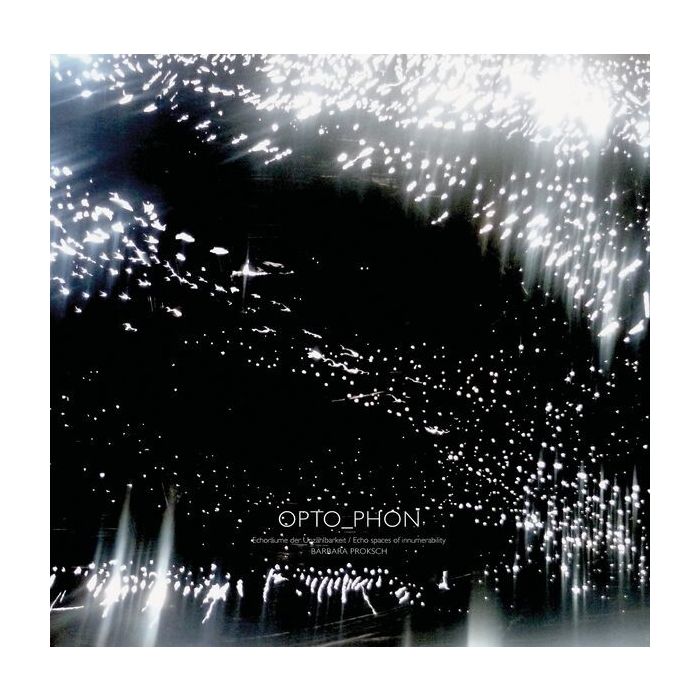 Barbara Proksch (born 1943 in Berlin, living in Salching, Lower Bavaria) is a German visual artist. After having studied Lettering and Illustration, she first worked in graphic design and theatrical painting before in 1982 deciding to become a freelance artist, concerning herself mainly with drawing. Her works are characterized by her long lasting fascination for letters and geometrical figures, and often incorporate signs, characters and writing as well as calligraphic elements. Another thread of influence stems from her background in theatrical painting: the body language and the physical aspects of painting which come to the fore when working on huge canvas with large brushes and liters of paint.
From the beginning, a further aspect has drawn her attention, namely the sounds that occur while drawing and writing, and the way they influence the resulting work. She noticed that the sounds made by the tools she uses feed back into her drawing process, and that just like speech and writing – in a linguistic sense – cannot be decoupled from each other, drawing and listening cannot either: Eye and ear become partners, drawing becomes a performance with the specific tools and materials used as musical instruments.
This observation has led to the development of her group of works called OPTO_PHON, a name which, from the 1990s onwards, Proksch uses for performances that draw upon this synaesthetic process: Usually, Proksch works on large sheets of paper mounted like drumheads and treated with various tools (scrapers, brushes, pens, knives, twigs, etc.), the sounds amplified through contact microphones. The early OPTO_PHON performances were made with herself standing in front of the paper sheets, visible to the audience while drawing. Later, she decided to stand in the back of the paper with a spotlight behind her, so that light shines through it while it is being cut and ripped.
Side A of this LP contains excerpts from OPTO_PHON performances, the first made in a church in Cheb, Czechia, in 2003, led by the strong echo emerging in the hall, the others recorded in her studio. They are contrasted on side B with a very different performance that is, however, conceptually related to OPTO_PHON: While travelling on the Trans-Siberian Railway, Proksch experienced a similar synaesthetic process while listening to the repetitive rattling of the train and watching the landscape passing by. In 2010, this experience was transformed into a sound piece for amplified sewing machine. Edition of 300 in full-color sleeve with printed inner sleeve and insert, containing images of optophonic tools and drawings, and extensive liner notes.