€12.00
Title
Shushupe
Add to Wish List
Skip to the end of the images gallery 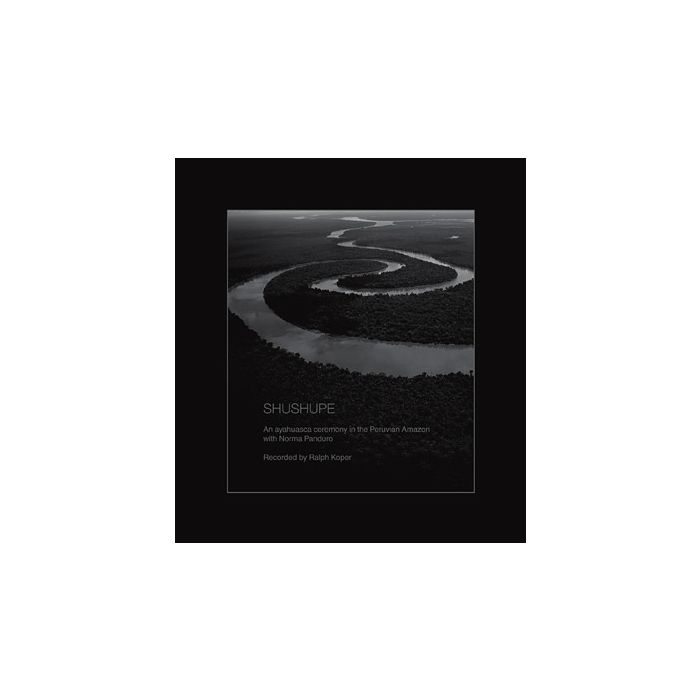 Shushupe presents field recordings by Ralph Koper primarily pertaining to an ayahuasca ceremony which took place on February 8th, 2006 in Iquitos, Peru
conducted by Norma Aguila Panduro Navarro (1944 - 2007) who was one of the very few female ayahuasca shamans in the world. The entheogenic brew
known as ayahuasca (or yage) is made from the snake-like ayahuasca vine and the chacruna leaf. The brew is used as a traditional spiritual medicine in
ceremonies among the Indigenous peoples of Amazonian Peru, many of whom say that they received the instructions of its use directly from the plants or
plant spirits.

Shushupe is a Peruvian word for the bushmaster snake frequently encountered as an anthropomorphized guide during ayahuasca-induced
visions and experiences into parallel realities that often take place during the ayahuasca ceremonies. Also, the spirit of Ayahuasca is often seen as a snake during visions.

This release mostly focuses on Norma Panduro's ceremonial music and the sounds of the surrounding jungle. Norma's apprentice at the time, Paula Liebe
joined with the singing of one or two ceremonial icaros.

More about Norma Panduro can be found in the liner notes of the release. There no longer appears to be much info about her on the internet as there once was.

Ralph Koper is a field recording artist from The Hague, Netherlands. His main interest is capturing the sonic / energetic atmospheres of ecstasy of various cultures and nature. “I love it when elements, animals and sometimes people come together and celebrate. The interactions in sound are unintentional magical music.” Apart from and/OAR, Ralph has also had his work published or made available by 3Leaves, A Closer Listen and Sublunar Society.