€13.00
Title
Das Ohr Am Gleis
Add to Wish List
Skip to the end of the images gallery 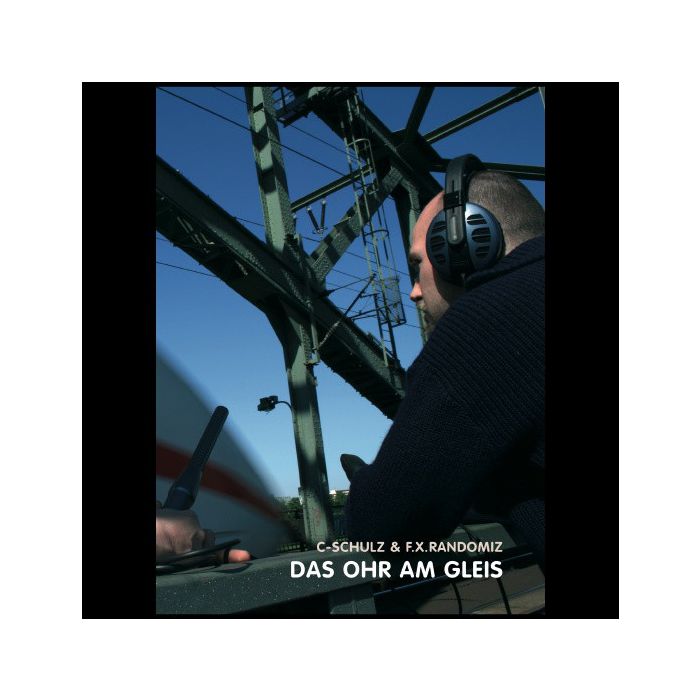 On „Das Ohr am Gleis“ (“The Ear On The Track”), Cologne-based musicians C-Schulz and F.X.Randomiz explore the soundworld of contemporary railway traffic. The project sonifies traveling and spatiality as well as rest- and homelessness. It also proves how the sounds we are constantly surrounded by can be emotionally and historically charged. Cologne’s railway intersection was the starting point of an expedition which led both artists as far as the Russian city of Murmansk (located on the Arctic Ocean). Along the way they encountered signal boxes, gates, concourses, freight depots, repair halls and tunnels.

„Das Ohr am Gleis“ is a pioneering work in more than one sense. On the one hand, traveling by train has been translated into a composition through the use of field recordings. On the other hand, this work is being released in the relatively new „dualdisk”-format, a double-sided CD, which enables the audience to choose between listening in either a 5.1 surround- or a stereo-mix, thus realizing the full potential and sonic scope of the work.

The sounds of modern ICE-railcars, Russian diesel engines and historic trains have been transformed into hybrid soundsculptures in the studio. These have been augmented with (and contrasted by) sounds from “ordinary” instruments. The view from the train window with its discontinuous, rapidly changing impressions has been translated into soundfragments which are flaring past. An undertaking such as this could have easily resulted in erratic, arbitrary and therefore banal „soundscaping“. But C-Schulz and F.X.Randomiz have managed to avoid this trap – „Das Ohr am Gleis“ is by no means an ambient layer cake. On the contrary, it is a composition, which demands the same kind of focused listening as the so called „serious music“ of the last century. At the same time, this music is full of allusions to pop, film music, new music and psychedelic (without ever resorting to clichés of course).

"Das Ohr am Gleis" employs effects of distance, it lets high speed trains roar through the meditative silence of abandoned tracks, while the screeching of brakes builds up to a menacing moloch. The clattering of the crossties generates an artificial, trancelike rhythm, and the singing of the rails and the catenaries metamorphoses into fleeting melodies embedded in a hazy, drifty soundscape. During listening, one is overcome by a longing to be faraway in a way one would never experience in the gate of an airport. It is a yearning, a longing to be off to somewhere else which is hard to put into words.

"Das Ohr am Gleis" is an intense noise music which is enticingly unworldly and concrete. It can be listened to as music or as a radio play. Incidental sounds densify into tracks; for a brief spell they are resonant with meaning only to disintegrate into mere sounds soon after. Listening to this music in a casual way is an almost inconceivable act. To ignore it is utterly impossible.

Filmmaker, DJ and singular maverick of electro-acoustic music C-Schulz also composes for the renowned „Studio Akustische Kunst“ of the West German broadcasting service (WDR). The musician, composer and radio play producer F.X.Randomiz has the reputation of being the guru of digital sound processing and editing since the 1990s.