€14.00
Title
Temporacha
Add to Wish List
Skip to the end of the images gallery 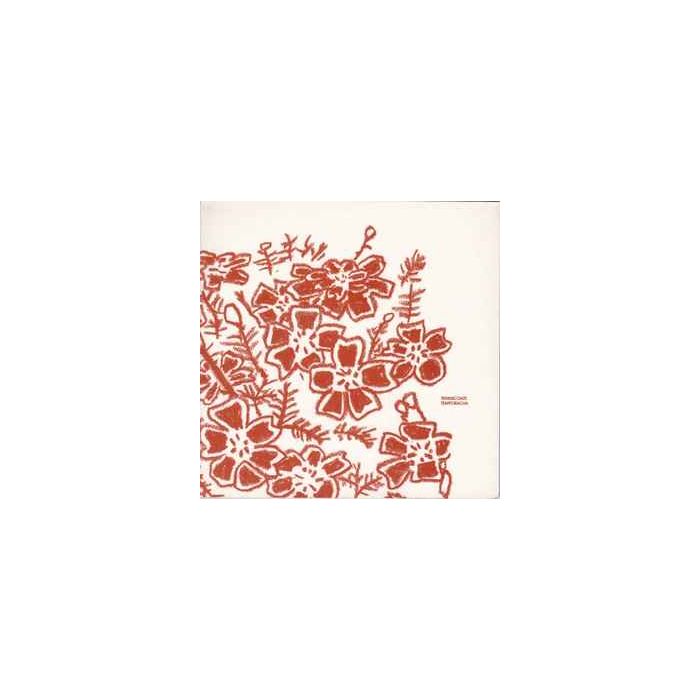 I visited Saya and Ueno at the Majikick house in June last year to catch-up, hang out and chat about what another record from them on ROOM40 might feel like. I’d come fresh from RM40 HQ in Brisbane, working with Lawrence on Noriko’s ‘U’ and was packing a clutch of his recent solo stuff. The house was fascinated with ‘Studies for Stradbroke’ a CDr released on Wind Measures of hydrophone recordings made in the gorgeous natural lakes on Stradbroke Island, just off the coast of Queensland.

Perhaps something like this could be the basis of a new Tenniscoats record? We talked through a bunch of ideas with Lawrence plugged in on Skype from Oz and got all excited about what it might actually turn out like.

A few months on and Lawrence is en route to the Amazon via Tokyo. With Lawrence packing his field recording kit, the three set off for various locales – Wako-Jurin Park and the Koma-Gawa river for some in-situ ‘field recordings’ of Tenniscoats in their natural environment.

Its these recordings that have become ‘Temporacha’ – Seven exquisite, spacious miniatures. Essentially live recordings, the playing works around and with the sounds of the recording space – tunnel reverb and passing traffic, rocks tossed into the river… Even with all of that going on and Saya’s vocals less to the fore it still feels powerfully Tenniscoats – their wonder and energy let loose in the wild.