€18.00
Title
Electric Music
Add to Wish List
Skip to the end of the images gallery 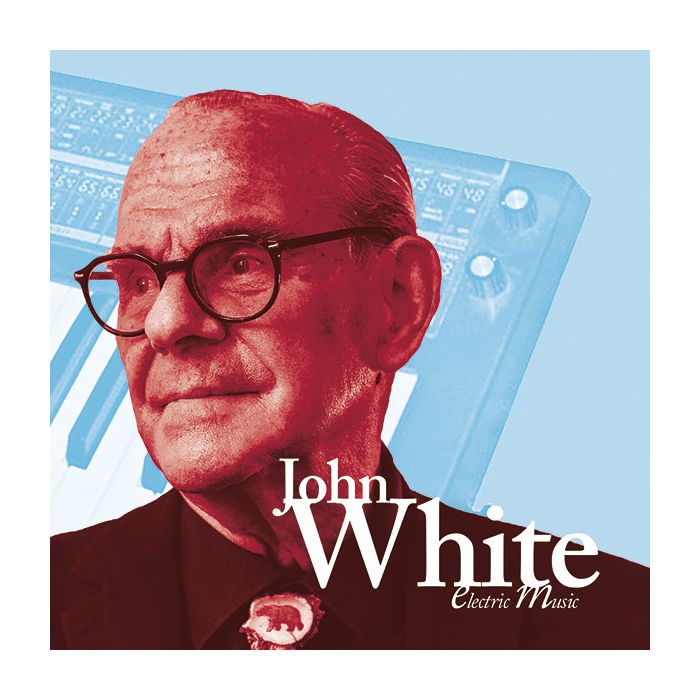 ANTS, A New Timeless Sound // experimental record label established in Rome, Italy, 2001.
Here is a new, exciting, step in the discover of the genius of John White, the maverick master of British Experimental Music. This double CD represent one of a thousand in between the musical facets of his enormous output.
As Dave Smith says in his liner notes: "Most of the pieces recorded here date from the period 1984-6. They reveal a delight in exploring areas of contradiction, particularly linear and rhythmic, within an unlikely sound-world in which parameters such as volume, timbre, texture and speed remain fixed. As a contrast, scattered through the album are five brief, apparently zany Nintentions from 1993.
(...)
John’s attitude to electronic machinery has often been
relatively lo-fi (at times, decidedly so) as demonstrated in the recordings of Livebatts! - a performing trio featuring battery- driven instruments with Jiggs Coldiron and Andrea Rocca. The sound sources used on the present recordings are closer to those of pop musicians of the time and the general approach
can be considered in opposition to the laborious and
expensive world of institutional electro-acoustic music."
In the words of John White: "(Electronics) It’s like flower arrangement - just picking out things which were there before you... it’s a perfect medium for irony".
These pieces are the perfect counterpoint to the visual
works of Surrealists and Dadaists, whose unusual, ironic and disturbing beauty is well summarized by the infamous Lautréamont's quote: "Beautiful like the chance-meeting on a dissecting table of a sewing-machine and an umbrella".

John White was born in Berlin in 1936. He studied piano with Arthur Alexander and Eric Harrison, and composition with Bernard Stevens at the Royal College of Music. Since that time, he has been continually active as a composer, performer and teacher. His career includes composing and directing music for the theatre, ballet, experimental music and in electronic ensembles. John has headed the music department at the Drama Centre, London and performed as a solo pianist and accompanist.
These have included the Promenade Theatre Orchestra, Hobbs-White Duo, Garden Furniture Music Ensemble, Farewell Symphony Orchestra, Nordic Reverie Trio, Instant Dismissal Symphony Orchestra, Lower Edmonton Latin Lovers’ Choral Society. He also formed the ensemble Live Batts!, originally with Christopher Hobbs, then in its final form, as a trio with
MJ Coldiron and Andrea Rocca, featuring unusual
combinations of instruments and other sound sources.
In the 1960s and 70s, he was closely associated with English experimental composers. During that time, he invented the British form of Minimalism known as ‘systems music’.
John has played bass trombone with the Royal Ballet Touring Orchestra and tuba in the London Gabrieli Brass Ensemble. In addition, John has toured widely as a piano recitalist specialising in late Romantic music, in particular Erik Satie.
In theatre music, he has composed scores for the Royal Shakespeare Company. Productions and has also composed many products for the Royal National Theatre and various regional theatres. Lastly, he has provided musical direction of the Western Theatre Ballet and numerous musicals in London’s West End.
Several recordings of his music are available; notably most of his Piano Sonatas (now counting near 200) were recorded by important performers as Roger Smalley and Jonathan Powell.
The album LIVEBATTS!, with pieces from the end of the 90s, was released by ANTS in 2018.