€14.00
Title
Quelques Usines Fantomes
Add to Wish List
Skip to the end of the images gallery 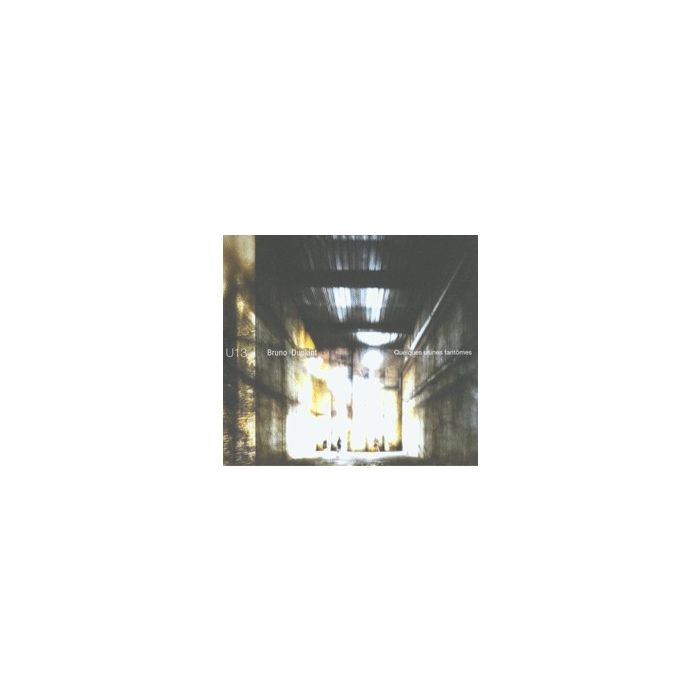 As a listener, I’m always intrigued as to what attracts me or doesn’t with regard to works in the field recording vein. The same applies to other areas of music as well, of course, but it’s especially interesting in these works composed of sounds generally taped on site and, to a lesser or greater degree, assembled back in the studio. They’re simply sounds, after all, more or less what I could hear on my own by concentrating on my surroundings at any given moment (allowing for different sources from different locations) which I often do anyway. Why be so absorbed by someone else’s impressions?

Two things, I think, at least. One is a basic affinity with the assembler as far as particular sounds that he or she finds beautiful, fascinating, notable, resonant. As much as one might consciously think that such hierarchies are entirely beside the point, there remains that nagging tendency, whether culturally or genetically inculcated, to prefer one sound, or combination of sounds, to another, at least to the extent one hasn’t fully assimilated Cage et. al., often a more difficult, thornier task than readily admitted. Second is the way these sounds are ordered, layered and contrasted, certainly as subjective a judgment, but one having to do with an appreciation of the composer’s poetic sense, in the perceived “rightness” of the sequence of sounds, ultimately not so different, I think, to one’s enjoyment of post-AMM improvisation.

Though I’d heard examples of this approach since college days, the first such music to really make a strong impression on me was probably Luc Ferrari’s “Presque Rien”, and shortly thereafter, Toshiya Tsunoda’s “Scenery of Decalcomania”. They certainly, for me, contained the two elements described above and, more, evoked an extremely realsense of place, in the manner that I hear things, a very self-centered view, but one I think comes part and parcel when listening to work in this area. Over the years, hearing countless examples of field recording as it has become more and more pervasive (often mixed with live improvisation, sometimes set to disc untouched, often manipulated in the studio), I’ve often questioned myself as to why this example failed to move me while that one did. It’s usually very hard to quantify, somehow even more so than determining the relative value in a free instrumental performance.

I was thinking through this while listening to Bruno Duplant’s “Quelques usines fantômes” (which would be translated into English as “some ghost factories”). Why is this particular collection and distribution of sounds so appealing? They seem to have been drawn, largely, from a waterside area, perhaps a canal, not an overly busy one but where a certain amount of activity is taking place, maybe early in the morning a la Ferrari’s classic work. Duplant eschews going for overt watery sounds, contenting himself with low-level, subtle lapping, the soft creaks of hull on wooden piers, the gentle puttering of a small outboard motor, etc. These serve as the spine of the piece and are consistent throughout (after the first few minutes, at least), another aspect I tend to find compelling: choosing a given sound world and sticking to it, investigating its features in detail, allowing it time to generate a larger effect than mere sonics. There are plenty of other sounds, to be sure: metal objects dropping to the floor, unidentifiable hums, an odd, theramin-like wavering tone, wind billowing in enclosed spaces—at least this is how I hear them; who knows their actual source? But that’s of no import; one accepts this world, which is a basic thing for me. As in any good story or film, the reader/viewer has to accept the presented world as valid, as internally consistent, as “real” at least in the mind of its creator. “Quelques usines fantômes”, whether one picks up on the spirits being manufactured or not, readily achieves this. One is immersed in the world, deriving both sensual enjoyment and, more, generating one’s own narrative, trusting that one is on solid ground. The periodic, electronic-sounding hums that surface give the world a bit of a science fiction or otherworldly sheen, perhaps appropriate given the work’s title, though it’s those real world sounds that anchor the piece for me. Duplant has said he wanted to create a “between world” and I think he has.

A full, rich work then, one of the better things I’ve heard in this lineage in recent years and very much worth losing oneself in.”