€15.00
Title
4 Contemporary Sound Poets
Add to Wish List
Skip to the end of the images gallery 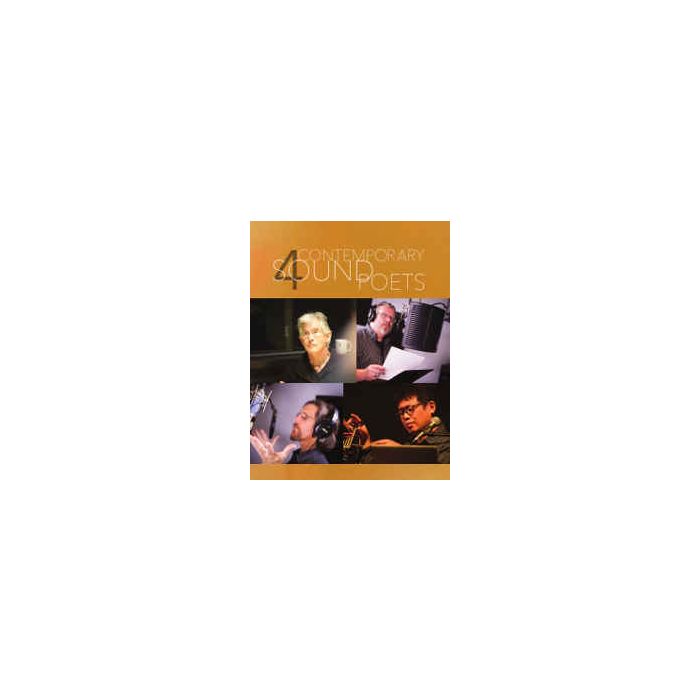 Pogus and the IMRC Center of the University of Maine at Orono are very proud to release this 5.1 surround sound disc 4 Contemporary Sound Poets. The technology embraced here is on two levels, the immersive technology of surround sound, which now fifty years later is still struggling to move beyond its origins in cinema, and the powerful transformations availed by digital audio signal processing. These technologies combine to form a new frontier, a place to explore and expand the vocabulary of contemporary music, sound art and, of course, sound poetry. As Dean Suzuki notes in his essay for this release, ?While it remains a relatively small niche in the arts, sound poetry continues to flourish around the globe.? We would add to that, that the integration of the bare human voice, the original instrument of both language and music, and the incredible digital technology of the 21st Century, might just create one of the richest and most compelling forms of art in practice today, and one possibly ready to expand its ?niche.? Tomomi Adachi: Kurt Schwitters? sound poem Ursonate is still a source of major inspiration for me. Since I first performed this extraordinary work in Japan, it has provided me with many ideas about language, voice and the relationship between structure and material. I wrote my first version of the work as Schwitters Variations (2000), using four themes from the original and developing them with the classical music form of a ?variation.? The new piece included here, Ursonate 2, is my attempt to recreate the whole of Ursonate, thus it follows the structure of Schwitters? original piece. Owen F. Smith: Here I have produced six new pieces that draw on my past work and specifically explored new possibilities made viable through digital technologies. This work falls into the category that Steve McCaffery has labeled as sound poetry?s ?second phase?; as part of an ?...investigation into language?s non-semantic, acoustic properties.? Duane Ingalls: The pieces here evolved from poems & instrumental improvs. They all deal with (some less, some more) the loss of my marriage and of my Mom. They also wrestle with the precarious relationship between acoustic & electronic sounds, humans & computers, work & play, art & life. Jaap Blonk: Around 1985 I started to write sound poetry. At first I used the common Latin alphabet, with different pronunciations for the individual poems (Dutch, German, French, English). But after a few years I found this too much of a limitation and learned the International Phonetic Alphabet (IPA), making it possible to use different pronunciations of the same letter in one text. However, only too soon I found out that the IPA did not have symbols for many of the voice sounds I used to make, and started to extend it with signs of my own invention. This developed into the - ever unfinished - system I am using now for functional sound poetry scores: BLIPAX (BLonk?s IPA eXtended). Using symbols of my own invention which represent sounds that don?t occur in existing languages, BLIPAX also includes instructions for the manual manipulation of sounds, for the position of the tongue, for exhaling or inhaling air and so on. This systematic study and categorization of possible mouth utterings was a great help in assembling at organizing the material for Inside Outcry, for which I exclusively used my own sounds. (label info)