€10.00
Title
Alive Futarist Minifesta
Add to Wish List
Skip to the end of the images gallery 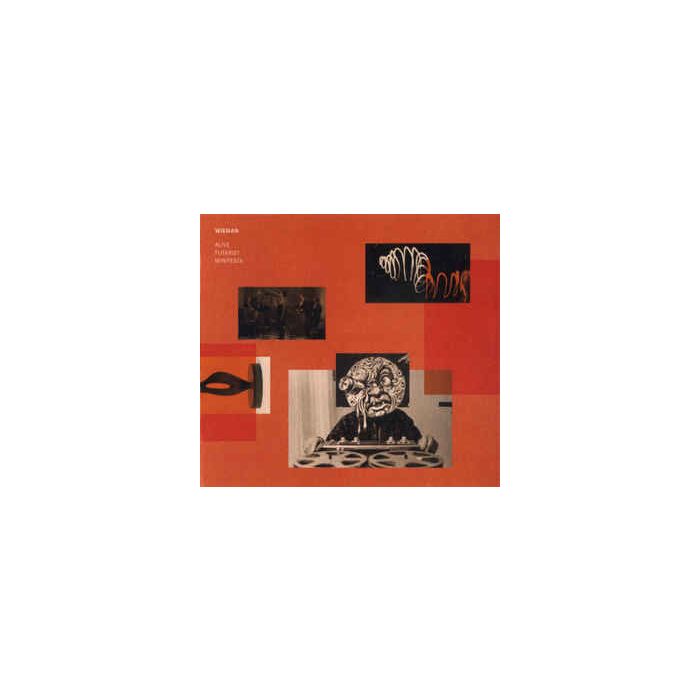 In 1914 Luigi Russolo wrote his famous 'Art Of Noise' manifest. The 100th anniversary of 'Futurism' was celebrated all over the world but also in Tilburg, The Netherlands. Wieman was invited to perform their meltpot of futurist noise and since Tilburg is the hometown of their close friend Jos Smolders, and since he has switched to modular synthesis (and his synthesizer looks like a space ship control unit anyway), it was decided we would join forces for this project. In the usual fashion of home preparation and then spending a day to sort out the sequence of the tracks, Wieman and Smolders set to work, plundering freely from recordings of Russolo's original 'Intonarumori' instruments, via the sixties soundtracks of sci-fi movies (Star Trek, 2001 A Space Odyssey), Vivenza's machine recordings, industrial music and afro futurism, Wieman applied their usual meltpop techniques, while Smolders added his modular synth madness. It's bursting with mechanical rhythms, spacey choirs, and machine noise as well as sampled spoken word. In accordance with true meltpop the guessing game (hmmm, where have I hear this before?) is yours.

Wieman is the project of Roel Meelkop & Frans de Waard; the logical runner-up to Goem, first called Zèbra, but in 2012 they changed their name to Wieman. They call their music meltpop and take conceptual approaches to create new music. They created new pieces out of the catalogue of Factory Records, worked with music that had the word 'music' in it, remixed music from the cassette label Limbabwe Tapes, provided music for a performance leading up to screening of 'El Topo' by Alejandro Jodorowsky (together with Ben Schot), worked with Wally van Middendorp (of Minny Pops), reworked Cybe (80s synth musician) for an LP, dissected classical notions in pop music and even mined their own Goem catalogue as the source of music for a new piece of music. They only work on commissioned music.

Jos Smolders is a composer and mastering engineer, who recorded for Korm Plastics, Quiet Artworks and Staalplaat, is a member of THU20 and WaSm (together with Frans de Waard) and whose motto is that "Getting into the headspace and understanding the perspective of the artist is essential". His mastering clients include Merzbow, Pierre Henry and Scanner among many others.

factory-pressed CD in Digifile, Released in 2016, limited to 200 copies.