€25.00
Title
Genetic
Add to Wish List
Skip to the end of the images gallery 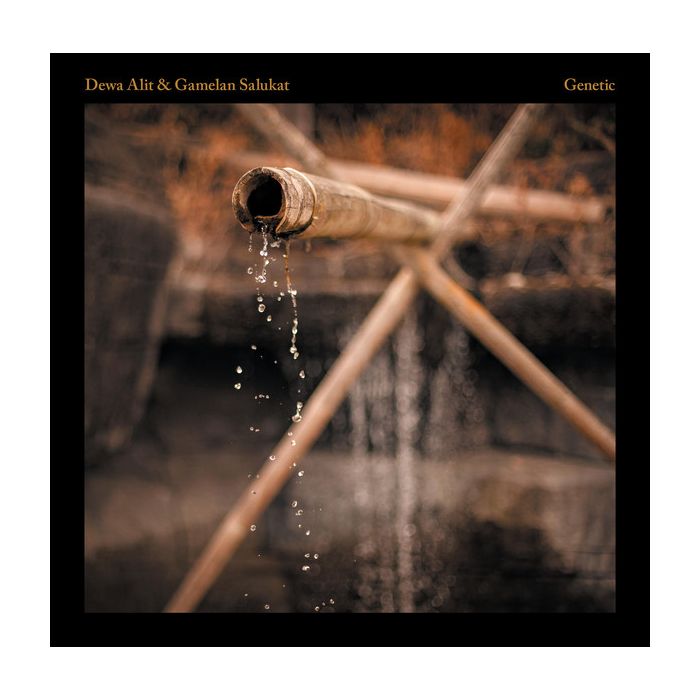 Black Truffle announce Genetic, the first release outside Indonesia from contemporary Balinese composer Dewa Alit and his Gamelan Salukat. Alit is a major force in contemporary Indonesian music, presenting his work extensively throughout Asia, Europe and North America and collaborating with renowned ensembles such as Bang On A Can and Ensemble Modern. Involved in the composition and performance of works for Gamelan ensemble since he was a teenager, in 2007 he founded Gamelan Salukat, a 25 member ensemble that perform on instruments specially built to Alit’s designs, using a unique 11-note scale.

The single composition that unfurls over the two sides of Genetic is an enchanting introduction to Alit’s magical sound world. Beginning with a stately procession of isolated, hanging chords sounded on the ensemble’s uniquely-tuned metallophones, the piece abruptly launches into a stunning passage of rhythmically complex call-and-response motifs, making striking use of abruptly muted chords – one of many moments where the acoustic ensemble sounds uncannily electronic. The piece continues to alternate between spare investigations of resounding tones and sometimes frenetic ensemble interplay using unorthodox techniques, including a stunning moment around half-way when the entire Gamelan seems to transform itself into a single, gigantic zither. Later in the piece, drums and wind instruments enter, and the metallophones begin to play virtuosic, rapid-fire passages of fragmented scalar melody.

As Alit explains in his liner notes, the music of Gamelan Salukat is grounded in the tradition of Balinese Gamelan; however, he approaches this tradition not as something static, but as a set of concepts and principles that can be used to create something radically new. For many listeners, Genetic will inhabit precisely this space between the familiar and the invigoratingly unheard, as it takes the stop-start dynamics, unison melodies, and much of the instrumentation familiar from traditional Balinese Gamelan and puts them in the service of rhythmic, harmonic, and timbral experimentation, crafting a work possessed by at once by mysterious grandeur and a joyous volatility.

Features liner notes from the composer with cover design and photos from Lasse Marhaug. Mastered and cut by Kassian Troyer at D&M, Berlin.