€10.00
Title
Distare Sonanti
Add to Wish List
Skip to the end of the images gallery 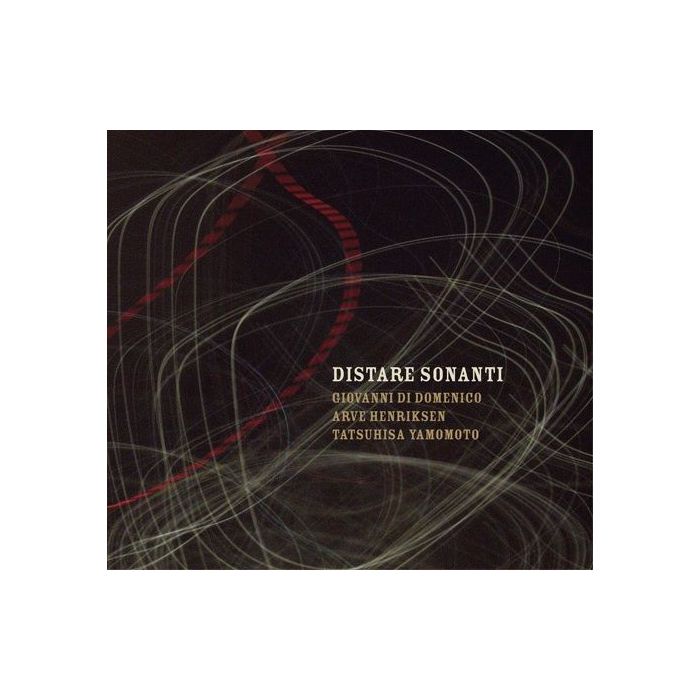 The either/OAR series of and/OAR continues to take unexpected twists and turns while slowly but surely unveiling the intended perimeter of it's conceptual focus - this time a magic realism trip via the world of atmospheric avant-jazz. Distare Sonanti is the second album by the highly synergistic Di Domenico / Henriksen / Yamamoto trio whose first CD titled "Clinamen" was released in 2010 by the Off label based in Belgium. Now, in 2012 and/OAR is very pleased and honored to present this second masterwork which should prove to be an absolutely essential addition to the CD collection of not only the followers of all three artist's work, but also many fans of European jazz.

Giovanni Di Domenico was born in Rome, Italy and has
performed all over the world in a wide variety of contexts and musical genres from modern jazz to free improvisation and experimental pop. He has also had the chance to play with some of the most talented musicians around, including Arve Henriksen, Akira Sakata, Jim O'Rourke, Chris Corsano, Nate Wooley, Darin Gray, Tetuzi Akiyama, Fred Lomberg-Holm, Tatsuya Nakamura, Toshimaru Nakamura and Sanne Van Hek, just to name a few. He has released a number of albums under his name and in collaboration with others.

Arve Henriksen was born in Norway and by now is pretty well known in jazz circles (especially in the realms of ECM and Rune Grammofon) and has also been active with various other genres of music of which are often hard to classify. Arve has collaborated
with quite a few musicians over the years, with well over 100 albums to his credit. Some of the groups and artists Arve has collaborated with include David Sylvian, Supersilent, Food, Motorpsycho, Jon Balke (and the Magnetic North Orchestra), Edward Vesala, Jon Christensen, Nils Petter Molvær, Arild Andersen, Dhafer Youssef, Hope Sanduval, Terje Isungset and
many more.