€13.00
Title
Cryptic Void
Add to Wish List
Skip to the end of the images gallery 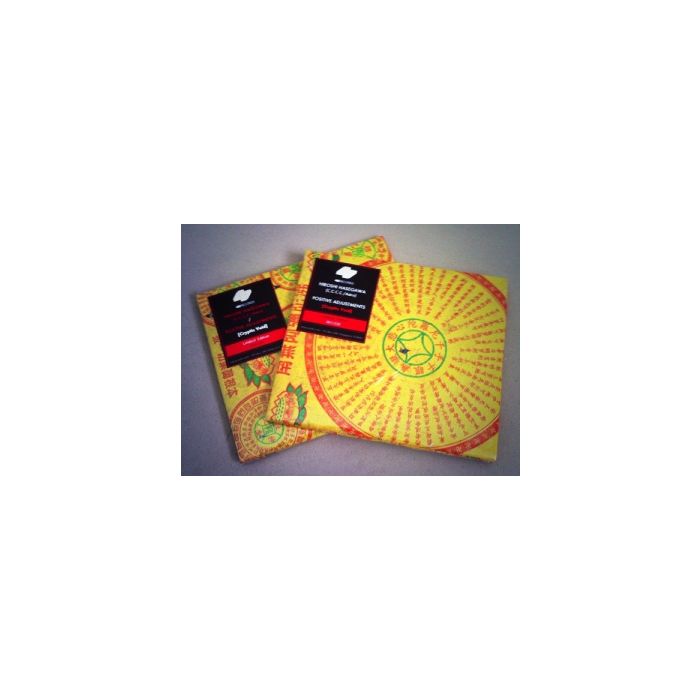 This split release features two long time experimental noise artists: Hiroshi Hasegawa and Positive Adjustments (Krister Bergman), both whom hail from different regions of the world: Japan and Sweden and being specially curated for this album. Cryptic Void displays the unique qualities of each artist’s personal creative expressions in the field of sound manipulation. Independently, they both deliver their own trademark styles of audio mayhem that have been personally developed and reinvented over the years through active participation in the experimental noise scene.

Japanese noise legend Hiroshi Hasegawa, who is one of the country’s earliest experimental noise artists since the 1980s as the front-man of seminal ‘Japanoise’ noise band and performance art act C.C.C.C (Cosmic Coincidence Control Center) starts off with ‘Cruel Street Goddess’. It begins with a minimal and pitchy ear-piercing burst of tweaks and glitches. These bleeps and beeps pulsate progressively into an abstract yet sequential rhythm, which slowly becomes engulfed by a wall of chainsaw-sounding buzzes and swooshes. They eventually build up into a countless over-layering of abrasive noise loops and harsh drones, almost sounding like lasers cutting through metal. True to the style of Hiroshi Hasegawa, the overall ambience is one that is meditative, amid the confusion and mayhem brought upon by the overall atmosphere. It reminds one of being in a games arcade located right in the middle of an assembly line in a heavy industrialized factory.

‘Higher Than Mountain Heaven’ is a live track that sounds very much like the percussive work of American sound artist Z’ev. The hollow sounding effects of waves washing up in a wind tunnel engulfs the listener as they slowly develop into an overwhelming howling banshee-like echo. This build-up of chaotic sonic layers results in a harsh wall of noise brought about by sounds similar to the clashing of metal plates and bowls being looped repeatedly into a trance inducing soundscape.

The next 3 tracks are from Sweden’s Positive Adjustments, a solo harsh noise project headed by Krister Bergman. Moving away from his previous Power Electronics outfit Demons That Drove, he now explores deeper into the arena of sound experimentation. The tracks for this album have been especially produced, and Krister Bergman creatively demonstrates his expertise in pushing the boundaries of sound manipulation through the imaginative use of different electrical devices and water. The track ‘Changing Perspectives’ is almost entirely percussion-based presented in a random and abstract fashion. It sounds similar to the striking of metal bars on steel drums, but reworked extensively through the use of electronic effects. The ‘cling-clanging’ of metal on metal is further amplified by the persistent overlapping outbursts of tweaks, squeals and abrasive scraping comparable to power drills pressed against metal plates. Despite these chaotic noise structures, certain noisy peaks are counteracted with quiet moments of soft hums and drones, creating a state of equilibrium of loud and soft in the entire environment.

In ‘Dance The Coma’, some of the dominant sounds have a strong resemblance to the piercing shrills and amplified drones of early SPK. Distorted vocal samples are buried within indistinguishable layers of high and low frequencies. Still working within a balanced audio framework of loud and soft, he creates a tension by disrupting the noise environment with the soothing effects of pouring water, followed again by the shattering effects of grating sonic blasts.

In the concluding track ‘Say Goodbye To Classical Reality’, the peaks of noise elements have been elevated to the maximum. The noise level builds up and eventually ends on a high as the continuous chaos of squeals and scraping of metal grates barrage through the senses, resulting in a wall of cacophony.

This split release offers an interesting display of the diverse approaches to sound experimentation as presented by these two unique artists from Asia and Europe. They have carved a niche of their own in noise manipulation through their personal creative arrangements of organic and inorganic sonic elements into a collage of sound structures. The myriad of experimental styles that each individual artist presents provides the listener with a captivating insight into each of their own influences and artistic mindsets drawn from their own region of origin. As with such a genre of ‘music’, it is best played loud through the speakers or a good pair of headphones. The entire audio experience will be enhanced as every listen promises a unique experience through one being able to pick up and discern the different sound elements creatively implemented by each of these two unique veteran players of the experimental noise scene.

In my Ende Tymes 2014 write-up, I waxed rhapsodic about Hiroshi Hasegawa’s lunar eclipse of a set; it seemed inevitable that the prospect of experiencing the man on record would be a comparative disappointment. Sadly, I was kind of right; the first half of Cryptic Void, Hasegawa’s split release with Sweden’s Positive Adjustments, can’t measure up to the punishing waves of desolation he let loose on a rapt, (mostly) reverent crowd at the Silent Barn a few weeks back. But it comes damned close, and that has to be enough unless I can find a way to pay him to hang out in the kitchen/dining room area of my apartment, rattling the building to its foundations and boldly alienating my neighbors. The playbook for “Cruel Street Goddess” is about what you’d expect: the gingerly composed unleashing of every power electronics squirt, gush, Taze, and alarm known to humanity, with an intensity that the uninitiated will mistake for randomness. “Higher Than Mountain Heaven” opts instead for full-court-press noise saturation; you’re less likely to have an eye poked out, but the churn obliterates any and all vestiges of rational thought. Did you happen to catch Days of Future Past? Did you see the fucking Sentinels? This is the sound of dozens of them roasting you alive.

Krister Bergman, who records as Positive Adjustments, takes a more fire and brimstone approach to noise that involves demonic exclamations, the aroused corkscrewing of metallic sounds, dub-like loops you have to strain to detect, liquidy sloshes, massive, sustained fireballs, braces of broiling feedback, and unsettling stretches of quiescence; the effect is not like being teleported, with very short notice, to many different areas in a galaxy in the midst of a Big Bang.