€22.00
Title
Year Of The Horse And Other Electroacoustic Works 1974-1986
Add to Wish List
Skip to the end of the images gallery 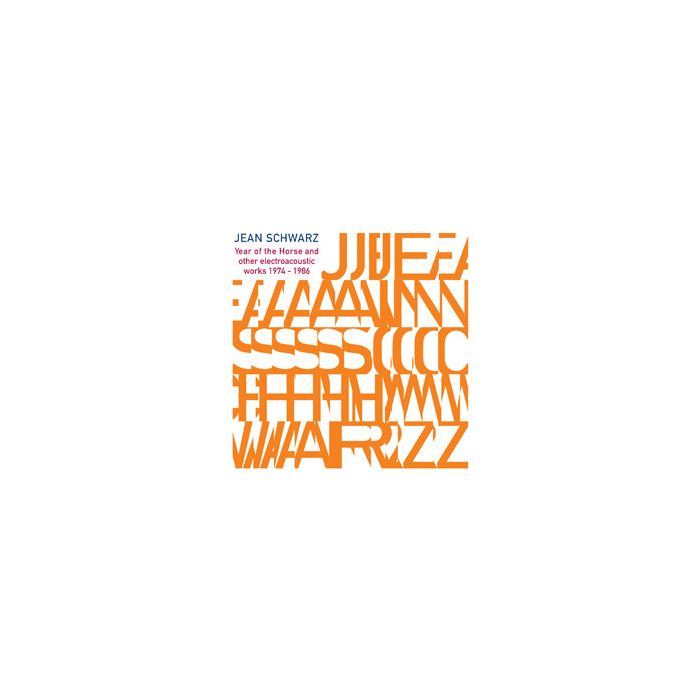 Born (1939) in Lille, France, Jean Schwarz studied music in Paris and at Versailles Conservatory. He divided his activities between jazz drumming, composition, and the study of non-European music. In 1969, he joined the GRM (Groupe de Recherches Musicales) contributing his unique vision to musique concrète. In the same year, he also worked as an engineer and researcher at the Centre National de Recherche Scientifique in the ethnomusicology department of the Musée de l'Homme in Paris. In 1977, Schwarz created courses for electroacoustic music at Gennevilliers Conservatory. He founded Celia Records in 1980 releasing a vast catalogue of his own works as well as many collaborations.

This 2CD collection contains selections from six compositions focusing on Schwarz's theatre and multimedia work. Year of the Horse (1978), Still Waters (1986), and Undici Onde (1978) contain pieces for choreographer and dancer Carolyn Carlson. With performances premiering at l'Opera de Paris, Teatre de Ville (Paris), and La Fenice in Venice, these scores give an in-depth insight into Schwarz and Carlson's collaborative process. Some scenes incorporate rhythmic or cyclical elements, field recordings, electronics, and others detail purely acoustic resonance. Each musical section relates closely with Carlson's expansive visual poetry. Schwarz's collaborations in theater continued with L'Enfance De Vladimir Kobalt (1979) for set designer and playwright Petrika Ionecso as well as Maison Rouge (1980) for director Pierre Sala. Both works evoke a wonderfully filmic structure, while integrating key themes across each scenic palette. The earliest work in the set is Fotoband (1974), a 21-minute composition to specifically accompany a 76-meter visual installation piece by German artist Ekkehart Raumstrausch. During the exhibition, loudspeakers were placed every 15 yards to allow the music to be heard while moving horizontally along the painting.

All compositions were originally issued as small edition LP's on Schwarz's own Celia Records, except Undici Onde and Fotoband which are previously unpublished and available here for the first time. This double CD set has fully remastered audio, including a 12-page booklet of photos, visuals, and detailed notes by the composer.

Year of the Horse and other electroacoustic works 1974-1986 (re)collects nearly two-and-a-half hours of highly evocative surroundings from one of the early visionaries of electroacoustic composition.