€14.00
Title
Kosmogonia
Add to Wish List
Skip to the end of the images gallery 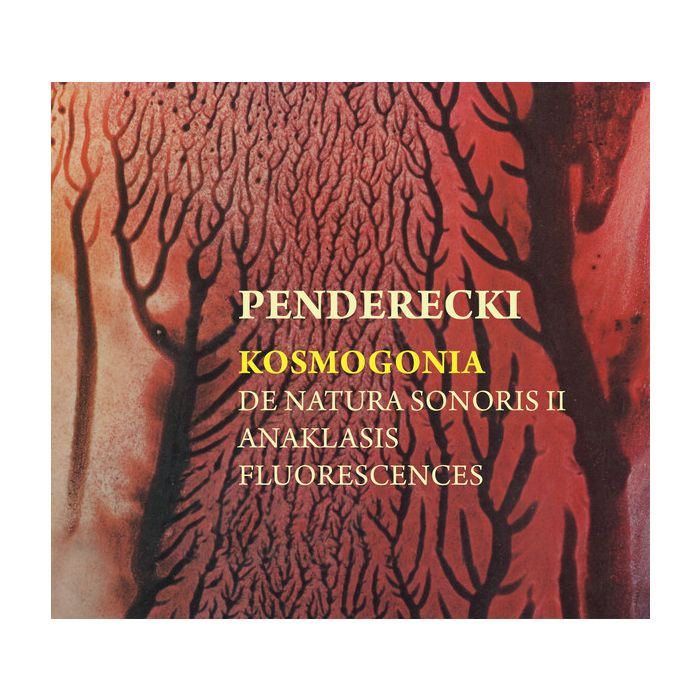 Unnerving, intense, bloodcurdling, sinister, dramatic – the music of “Kosmogonia” features Penderecki’s famous, unorthodox instrumental techniques, and some of the darkest music ever composed.

Hailed by The Guardian as “Poland’s greatest living composer”, Krzysztof Penderecki is the maestro behind the unforgettable, disturbing music on The Shining (including ‘De Natura Sonoris II’, featured here). A complex tapestry of sound with striking use of pizzicato and flexatone, with aggressive barrages from brass and percussion, dissonant woodwind chords, spoken and hissing sounds, fervent strings, swirling organ, climactic choral and solo vocals.

Krzysztof Penderecki’s unique music has featured in films such as: The Shining, The Exorcist, Children Of Men, The People Under The Stairs, Shutter Island, Inland Empire, Fearless, Wild At Heart, and recently featured on the Twin Peaks reboot.

Thanks to the estate of Krzysztof Penderecki, Cold Spring are honoured to present this masterpiece in digital format for the first time since the 1974 vinyl release. Sympathetically remastered for CD by Denis Blackham and Martin Bowes. 6-panel digipak.