€27.00
Title
Words Of Paradise
Add to Wish List
Skip to the end of the images gallery 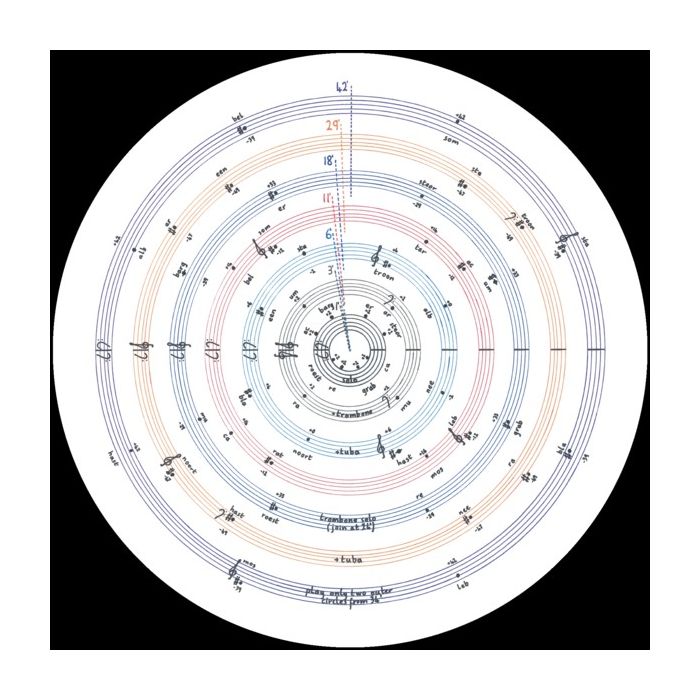 Robin Hayward (b. 1969 in Brighton, England) is a tuba player and composer based in Berlin. Since the 1990s, he has been concerning himself with experimental and radical playing techniques on brass instruments, initially through the discovery of the "noise-valve", later through development of the first fully microtonal tuba in 2009. In 2012, he invented the Hayward Tuning Vine as an interface for exploring the harmonic space implicit within the instrument, which exists both as a software version and as a physical prototype. Hayward's microtonal tuba and, on some occasions, the tuning vine have appeared on numerous recordings with various ensembles, e.g. Tonaliens – who have released a double LP on Edition Telemark in 2017 –, Chora(s)san Time-Court Mirage, and Microtub.

"Words of Paradise" is a 2016 recording performed by Zinc & Copper, Hayward's long-running brass chamber ensemble, featuring himself on tuba and tuning vine, Hilary Jeffery on trombone, and Elena Kakaliagou on horn. The piece was inspired by the ideas of 16th-century Dutch linguist Johannes Goropius Becanus, who thought he had shown the Flemish dialect Brabantic to be the original language spoken in Paradise. Observing Brabantic to have a higher proportion of single-syllable words compared to other languages, he reasoned that as the first language must have been the simplest, all languages must be derived from it. The composition draws on the sound of 13 single-syllable words that Becanus used to support his theories. Using half-valve and muting techniques, the inflections of speech and vowel sounds are imitated on the brass instruments, to which the Hayward Tuning Vine is played as a harmonic reference.

LP Picture Disc replicating the multi-coloured circular scores of the horn and trombone parts of "Words of Paradise", housed in a black die-cut sleeve with liner notes on the rear side. Edition of 300.