€12.00
Title
Víkinga Brennivin
Add to Wish List
Skip to the end of the images gallery 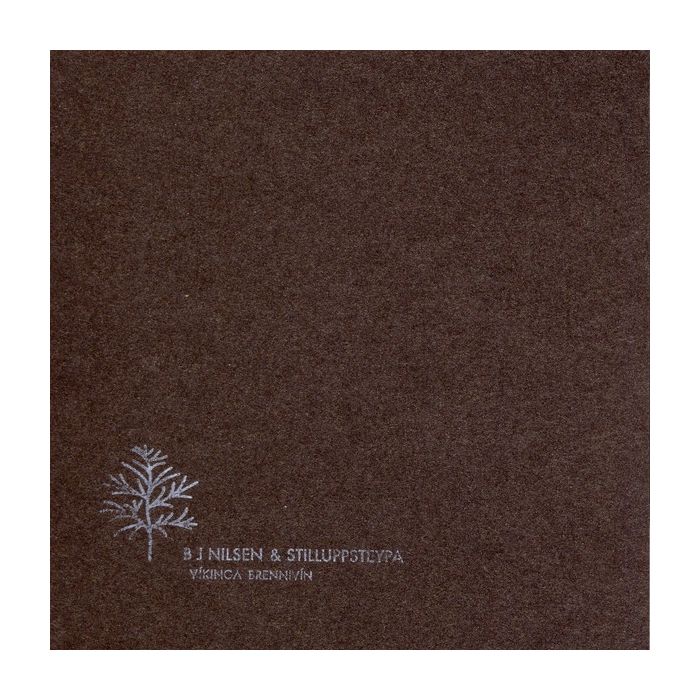 Brennivin is an Icelandic liquor vulcanized from the humble potato and flavored with cumin, although you’d be hard pressed to taste much beyond the astringent burn that it leaves in your mouth. Bottled in matte black glass and stamped with ominously simple labels, brennivin appears less like something to imbibe and more like poison; and in that creeping slow death kind of way, it is. For the Icelandic electro-absurdist outfit Stilluppsteypa, brennivin has soaked into every fiber of their being; and as a result, oozes out of their terminal drones, sputtered rhythms, and atomic fractures. As much brennivin (and mind-altering chemicals in general have been a muse for Stilluppsteypa, they are also a curse; Stilluppsteypa’s oblique Dada expressionism and devilish black humour erupt with megalomaniacal invincibility that comes with a few too many drinks; but at the same time, Stilluppsteypa has developed a parallel ethos of clinical minimalism the reflects the introspection, headaches, and melancholia of the morning after.

In their poetically abject celebration of brennivin, Stilluppsteypa (comprised of Sigtryggur Berg Sigmarsson and Helgi Thorsson) accepted the invitation from Swedish composer BJ Nilsen to collaborate upon an album related to alcohol and its mind-numbing effects. Nilsen has been working in various constellations of experimental music, best known for his recordings as Hazard published through Touch and Ash International. Focusing the perception of natural sounds through a reconstruction of time and space, Nilsen has rendered the commonplace sounds of wind, rain, and snow as stealthfully seductive and quietly menacing drifts of frozen sound. Their resultant collaboration is an existentialist allegory in which the three drunkenly stumble out in a Scandinavian winter night and spiral toward the inevitable point in which they blackout. Lest this be construed as a derelict piece of method acting, the craft that Nilsen, Sigmarsson, and Thorsson brought to Vikinga Brennivin is impeccable, as the extended soundfields breath with the majesty of distant fog horns and sparkle with the delicate light of countless stars cast down from the black heavens onto the frozen tundra below. Frightening and barren, yet hauntingly compelling, Vikinga Brennivin is an isolationist masterpiece.