€15.00
Title
Long As In Short, Walk As In Run
Add to Wish List
Skip to the end of the images gallery 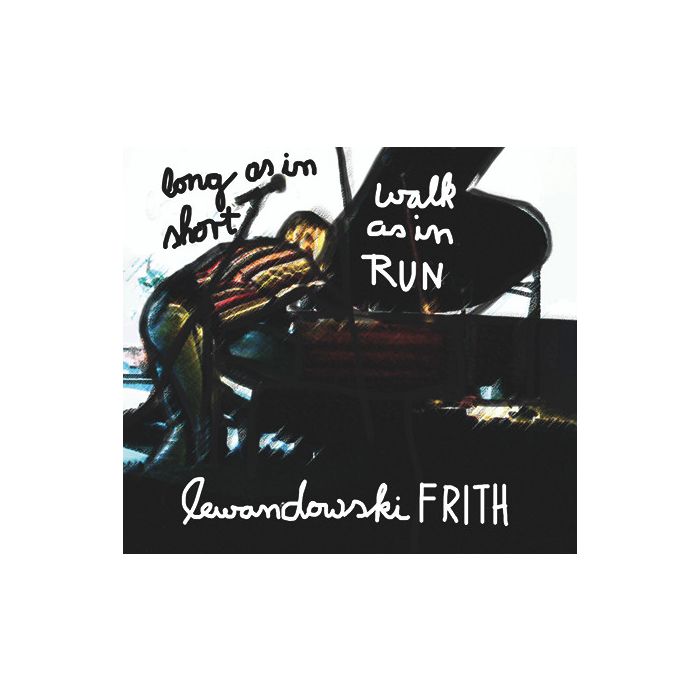 Fred Frith is an English multi-instrumentalist, composer, and improvisor. Probably best known for his guitar work, Frith first came to attention as one of the founding members of the English avant-rock group Henry Cow. He was also a member of Art Bears, Massacre, Skeleton Crew, Cosa Brava and the FF Guitar Quartet. He has collaborated with many prominent musicians, including Lotte Anker, Robert Wyatt, Derek Bailey, Brian Eno, The Residents, Bill Laswell, Lars Hollmer, Iva Bittová, Jad Fair and John Zorn. Annie Lewandowski is a composer and performer who works in song and improvisation. As an improviser on piano, accordion, and electronics, she has performed and recorded with musicians like Fred Frith, the London Improvisers Orchestra or Caroline Kraabel. As a singer, guitarist, and keyboardist, she has recorded with bands and ensembles including Emma Zunz, Xiu Xiu, The Curtains, Former Ghosts, and Yarn/Wire. Her own band Powerdove has released ten recordings. Long As In Short, Walk As In Run was originally released in 2011 on Danish Ninth World Music label and has been out of print for years. It's a piano and guitar album. For this re-edition we have added a previously unreleased 11 minute bonus track.