€20.00
Title
An Anthology Of Noise & Electronic Music / Second A-Chronology 1936-2003
Add to Wish List
Skip to the end of the images gallery 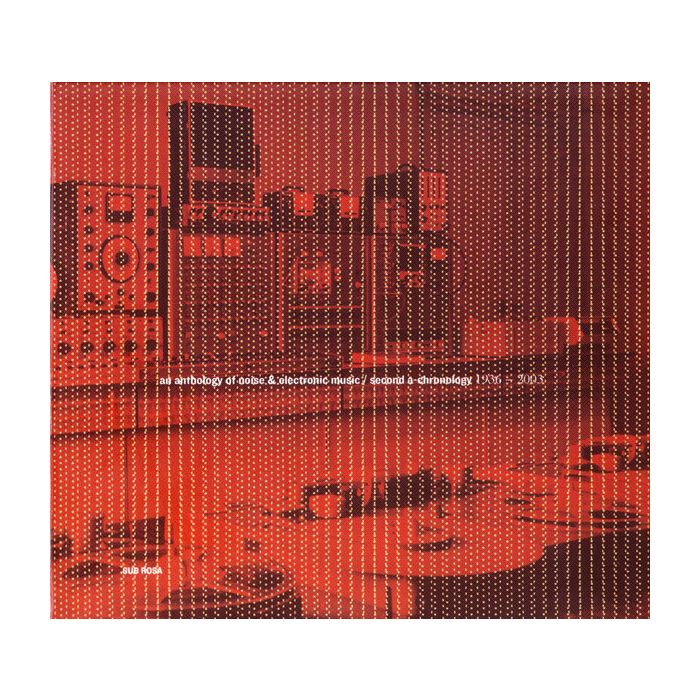 The second volume of seven published
from 2001 to 2011, curated, noted and edited
by Guy Marc Hinant.

Slow explorations of the past and the present...
Given the present system of production there are reasons, some of them identifiable, why only a few names emerge in each period. There may also be a preference for concentrating information rather than letting it pile up in disordered fashion. Over the past 40 years the same ten electronic music composers get mentioned again and again (including in music dictionaries and histories). Yet behind them are many other names. Who are they? Second-raters? Not necessarily. For we then need to define the concept of top-rate (rated by who, and on what criteria?) and second-rate or minor artist. Great pleasure can be derived from the works of minor artists. The case of Tod Dockstader is instructive: when "for lack of academic qualifications" he was denied access to the electronic music facilities he needed, was there not great beauty in the pieces he nevertheless created and in his determination to make music without those facilities? His name was never seen on the labels of top record companies. But he influenced quite a few people - Richard James quoted him, and others then referred to his work. Some of his records were reissued, and what one could call the rehabilitation process continues. The same applies to many other composers. All such stories spell a passion for music, and weave myth.

These historical axes
At the turn of the century there were efforts to find new sources of sound - a number of machines were exhibited, including Thaddeus Cahiel's Telharmonium in 1887 and the Dynamophone presented to the New York public in 1906; they generally played well-known romantic or post-romantic pieces. After a few flamboyant skirmishes described in the previous volume, the postwar period saw the arrival in 1951, of Vladimir Ussachevsky and Otto Luening in New York's Columbia-Princeton Electronic Music Center. When audiences of the 50's and 60's first heard Varèse, Pousseur, Stockhausen, Berio, Ussachevsky, Yuasa, Dockstader and Mumma, what did they feel? Perhaps a sort of break, an epistemological break, like it must have been for the first audience of Monteverdi's Orfeo (in Mantua, Italy on 24 February 1607). They left the auditorium completely stunned, because they had never heard anything like it.