€19.00
Title
Fifty-Sixty
Add to Wish List
Skip to the end of the images gallery 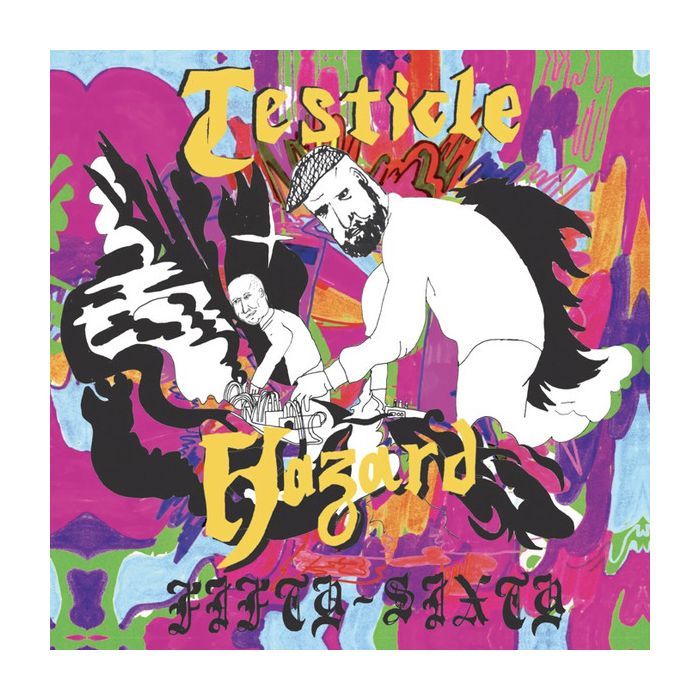 he long-lost psychedelic album from the Incapacitants of the North! On Friday the 13th, 2009, Lasse Marhaug and Tommi Keränen had an extremely productive day at a real-deal high-end studio in Helsinki, recording a 7” (Het Potati - released on A Dear Girl Called Wendy), a CD (Python In The Bowl - released on Freak Animal) and an LP (Fifty-Sixty - this one). An unnamed and now defunct Finnish label planned to release it shortly after its inception, but the label folded and the album was shelved for nearly 10 years until WCN befriended the band and learned of the unreleased tome, upon which it was obvious it needed to be revived and released!

or those who might for some reason be unfamiliar with the sound of Testicle Hazard, the above mentioned nod to the Incapacitants is an inevitable starting point, but really what you have is two of the most singular and talented solo noise artists truly playing together, creating an incredibly high energy storm of harsh and dense noise live in the studio. Of course jagged sheets of distorted electronics and ripping feedback are the base ingredients, but the specific sounds these brothers utilize within that recipe are so idiosyncratic that you really have never heard a record like this before. Their instinct for live noise is uncanny: each side of the LP begins with the warming up of the machines, searching for the sweet spot, but after about 30 seconds, they’re soaring on such an ecstatic wave that I end up swaying around wavy gravy style for the duration of each side every time, no matter how hard I try not to. This record is definitely not the sound of 2020.

I see this as some kind of a personal epitome of how the perception of time has changed (time flies, years go by almost without a notice), but on the other hand, I also think the music sounds like something we could have recorded last week.” - Tommi