€15.00
Title
Michelangelo Antonioni - Trilogy And Epilogue
Add to Wish List
Skip to the end of the images gallery 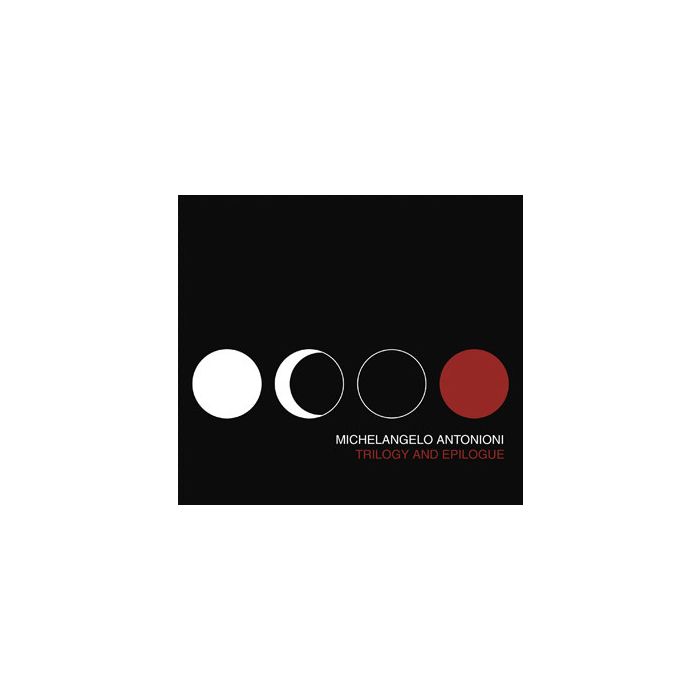 The third and perhaps final project in the film director series which began with Andrei Tarkovsky - Another Kind Of Language and Yasujiro Ozu - Hitokomakura. Michelangelo Antonioni - Trilogy And Epilogue focuses upon the Italian auteur's landmark "tetralogy" of films L'Avventura (1960), La Notte (1961), L'Eclisse (1962) and Il Deserto Rosso (1963).

Antonioni was known for not being very keen to use music in his films, partially because he wanted the films to tell their stories free from "additional gloss". Therefore music was sparsely used - if at all. Antonioni considered the natural sounds or "background noises" of a film to be of enormous importance, and considered them to be the "true music" of a film. Obviously Antonioni's view resonates with and/OAR since environmental sound has always been it's main focus, and is one of the reasons why he was chosen
for this project over other film directors. Composer Giovanni Fusco, whose music is (more or less) featured in most of Antonioni's films from the late
1950s to the early '60s said, "the first rule for any musician who intends to collaborate with Antonioni, is to forget that he is a musician!"

Yet, there is another composer who Antonioni worked with, that this project seeks to acknowledge and pay subtle homage to in addition to the director himself; because if it were not for his inspirational and pioneering minimal electronic music featured in "Deserto Rosso", this project might not have come together at all: Vittorio Gelmetti. Gelmetti's electronic work consistently came to mind during the planning stages of this project, and his influence can indeed be heard throughout this release.