€15.00
Title
Visions Of Darkness (In Iranian Contemporary Music): Volume II
Add to Wish List
Skip to the end of the images gallery 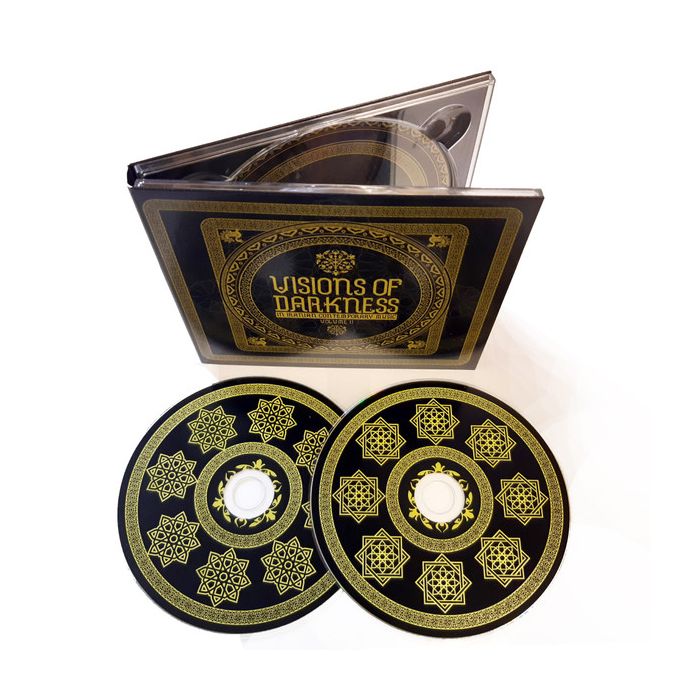 When the anthology "Visions Of Darkness (In Iranian Contemporary Music)" was released in 2017 (co-published in collaboration between Cold Spring and Unexplained Sounds Group), it was immediately clear that the Iranian music scene was not just promising, but already a rich chest of treasures. Years later we have further confirmation of the creative excellence and variety of musical languages that flourished in the Persian land.

In spite of the title, this second volume of the legendary anthology also gives us a broad picture of the musical experience of the Iranian underground that is not limited to the dark ambient, but explores sonic territories that reach concrete music, electroacoustic experimentation and sonic abstractionism. Persia, the cradle of a millenary culture, is teeming with young talents who continue their musical research with enthusiasm, pride and self-denial in the territories of drone music, as in electronic experimentalism and in the contamination of genres.

To some familiar names already present in volume I (Xerxes The Dark, IDFT, Reza Solatipour, etc ..), new discoveries are added that contribute to making the journey through the new Persian music exciting to the point that we can no longer speak of an emerging scene, but of a consolidated musical reality akin to others in the West.

Curated and mastered by Raffaele Pezzella.
Presented in a double digipak with graphic design by Abby Helasdottir.