€17.00
Title
Selected Recordings Of Performances & Installations
Add to Wish List
Skip to the end of the images gallery 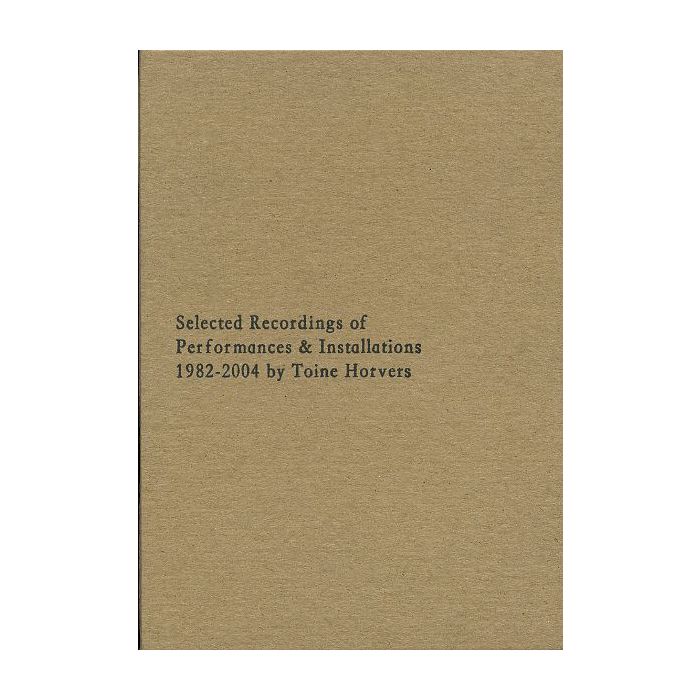 Compiled and edited in 2011.
CD and 15 text-sheets in black folder, housed in a custom-made box (215x150x16mm).
Edition of 120 copies plus special edition of 30 signed and numbered copies with a handwritten A4 sheet by Toine Horvers.

1 - 1982, performed at Apollohuis Eindhoven, The Netherlands, as part of Three Movement Sculptures.
2 - 2006, recorded by Concert Radio in Theater Romein Leeuwarden, The Netherlands.
3 - 1998, performed at Haagse Kunstkring, The Hague, The Netherlands.
4 - 2004, studio.
5 - 1988, performed at Project Arts Centre Dublin, Ireland.
6 - 1994, uses a fragment from Ovid's "Metamorphoses".
7 - 1992, is from a permanent sound installation in the c-block elevators of the Ministry of Housing, Planning and Environment in Den Haag, The Netherlands. Hard- and software and sound processing at STEIM.
8 - 2004, recorded by Concert Radio in Theater Romein Leeuwarden, The Netherlands.
9 - 1986, field recordings from Inis Oirr, the smallest of the Aran Islands on the west coast of Ireland.
10 - 1998, sound installation made as a contribution to the Symposium Eye and Ear at Duende artist's collective Rotterdam.
11 - 2003, studio construction with the voices of 18 residents of the island Inis Oirr, Ireland.
12 - 1985, part of a VPRO radio broadcast from an installation at the Gemeentemuseum Den Haag, The Netherlands performed by 288 participants.
13 - 1995, fragment of a weekly stereo radio broadcast.