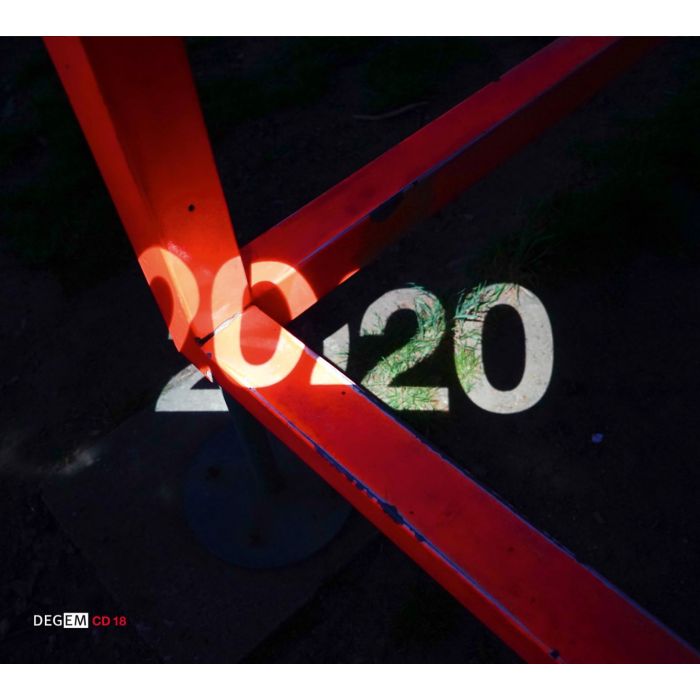 2020 is (was) a dramatic year. This is (was) evident already in its first few weeks. Fears, worries, hardships everywhere, even panic, utter helplessness, but also disgraceful ignorance and arrogance towards the perceiveable dangers around us, which continue to increase and diversify steadily, having already taken the lives of hundreds of thousands of people worldwide. This number, which increases daily, this number, which cannot describe the suffering and death of each single human being, this alarming number draws perpetually closer. Much has been (is being) consumed by this, been (is being) laid idle, much (leads) has lead to great existential afflictions. 20_20 - subject and title of the DEGEM CD 18 - records, documents, abstracts (and intervenes against) this situation, these situations, this network of situations, which is, of course, far more extensive and detailed than music could ever encompass. Nevertheless: The CD collects a many-voiced selection of aesthetic statements as hindsights, as previsions, dystopian / utopian / resigning / courageous / protesting / alarming / optimistic / comforting /… /… that react to incidents, experiences, and the severe events in the still ongoing calendar year 2020: Beethoven 250, the continuous destruction of environment and democratic values, the pandemic. This CD is dedicated to the memory of Georg Katzer, pioneer of electroacoustic music in the German Democratic Republic and long-time honorary member of DEGEM, who died on 7 May 2019 at the age of 84 years. In his radio pieces Mon 1789 (1989) and Mein 1989 (1990), the illumination and scrutiny of two important revolutionary years in contemporary history is both impressive and riveting.
With contributions from Marc Behrens, Gerald Fiebig, KedArY, Jörg Lindenmaier, Nicola L. Hein/Joshua Weitzel, Clemens von Reusner, Maximilian Marcoll, Wolfgang Motz, Monika Golla, Peter Kiefer, Klarenz Barlow, Julia Mihály, Ralf Hoyer and Johannes S. Sistermanns.