€20.00
Title
Runt Vigor
Add to Wish List
Skip to the end of the images gallery 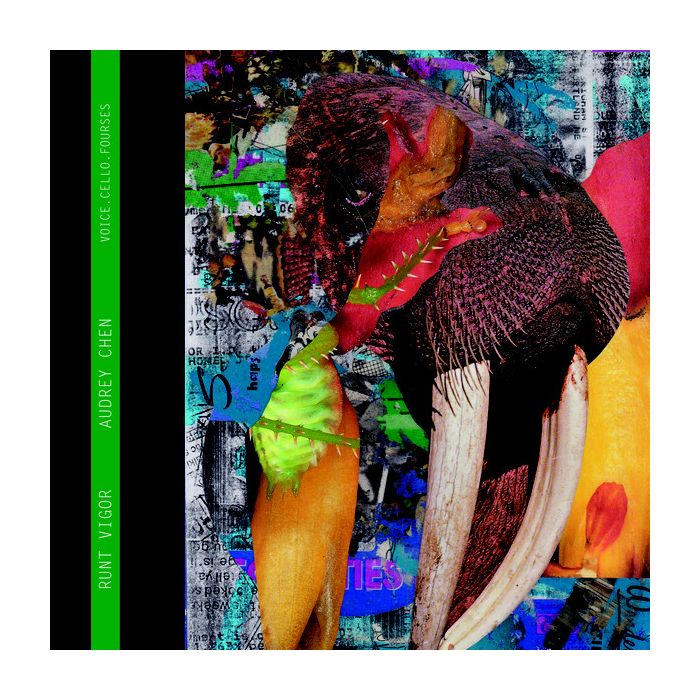 AUDREY CHEN began her relationship with sound through the cello and voice over 30 years ago and since the past 15 years, her predominant focus has been her solo work, joining together the extended and inherent vocabularies of the cello, voice and analog electronics (with all sounds created without electronic effect or enhancement other than amplification).

More recently, she has begun to shift back towards the exploration of the voice as a primary instrument, delving even more deeply into her own version of narrative and non-linear storytelling. She derives her sound material in continuous process, championing the „in-between“ and overlooked. Regardless of instrument, CHEN’s mode of experimentation touches both the abstractly beautiful and the aggressively unsettling, creating a kind of curiously imagined architecture, non-prosaic song or ritual that reaches beyond gravity or language.

DAVID HARRINGTON of the KRONOS QUARTET has described CHEN’s work as „fascinating and gripping“ and „possessing something extremely vital and vivid….“, and “Runt Vigor” exemplifies these sentiments and so much more!

Recorded by Koenraad Ecker and Roy Carroll (in Berlin 2015 and 2018)
Mixed by Richard Scott
Mastered and cut by Rashad Becker at D&M, Berlin
Cover collages by Id M Theft Able