€13.00
Title
Fire Music Reloaded
Add to Wish List
Skip to the end of the images gallery 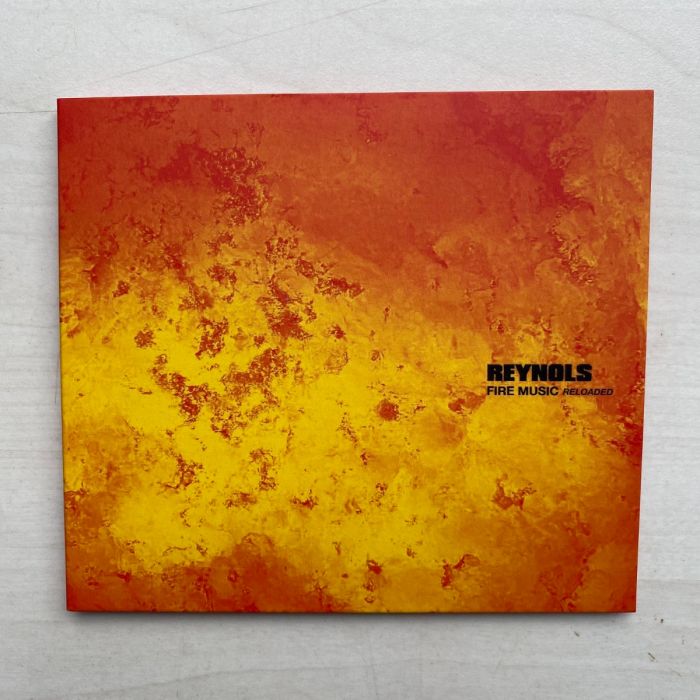 Fire Music was composed by Reynols in 2002 with fire recordings made at Tigre (Río Capitán) and different locations in Buenos Aires city and around. With some of this material, a CD EP appeared in Japan in 2002 through the Digital Narcis label, however the complete version of this piece remained unreleased for decades. In a recent research the masters of the whole work were found and rescued from the group's archives. So twenty years later, finally the full version of this piece is now ready to see the light on a brand new CD album carefully released by German label Aufabwegen. Fire Music Reloaded stands on the most conceptual side of Reynols' catalogue, along with works such as: 10.000 Chickens Symphony, Whistling Kettle Quartet, Computer Music, Gordura Vegetal Hidrogenada or Blank Tapes. In its four parts journey, the group explores a wide range of frequencies coming from fire as the only sound source. A release which pays tribute to the igneous aurality. Let your ears get on fire!

REYNOLS
Reynols is one of the most notable experimental music groups to ever emerge from Argentina. The band started in 1993 in Buenos Aires and was formed by Miguel Tomasín, Roberto Conlazo, Pacu Conlazo and Alan Courtis. The project counts over 150 releases by labels from Japan, Europe, USA, Oceania and Latin America. Reynols has been tagged as a “cult group” by British magazine The Wire, while the French festival Sonic Protest proclaimed it as groupe phare (lighthouse group) of inclusive music. Throughout 2003, Reynols occupied the 1st place on the “Top 10 Downloads” section of former website Space-Rock (UK). A year later, their song “Manisero Mufuso” was #1 on Larry “Fuzz-O” Dolman’s Blastitude Top10 (USA). Japanese magazine Studio Voice included Reynols’ album Barbatrulos in their “Best 100 Western Alternative Music Records” ranking, and Reynols/No Reynols among the “300 Legendary Discs” of all times, while The Wire ranked their boxset Minecxcio Emanations 1993-2018 in their 2019 Top50.Reynols has appeared in countless exhibitions, radio shows, TV shows, magazines, newspapers, books and documentary films from around the world. Reynols has collaborated live and in studio with acclaimed artists such as Pauline Oliveros, Lee Ranaldo, The Nihilist Spasm Band, Damo Suzuki, Paul Dutton, John Oswald, Michael Snow, Alan Licht, Birchville Cat Motel and Acid Mothers Temple, amongst others.