€12.00
Title
Acker und Seche
Add to Wish List
Skip to the end of the images gallery 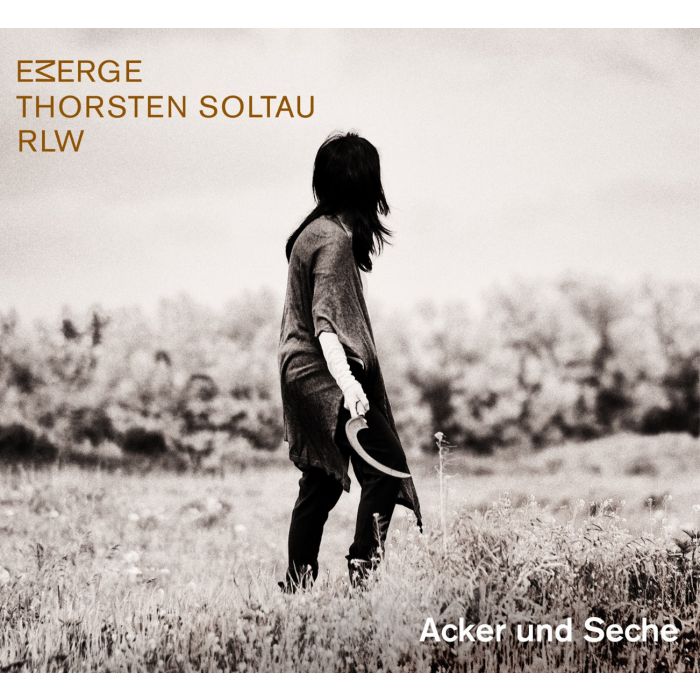 Acker und Seche takes its starting point from six pieces by Thorsten Soltau which were originally commissioned by Swiss Radio (SFR). The main musical elements of these pieces where the sounds of piano and electronics. The works where enhanced by Soltau by using additional field recordings and electronics provided by Emerge. Emerge then further manipulated the works and created a final mix for tehm in November 2017. Ralf Wehowsky/RLW was given the final pieces and he constructed a 17+ minute collage/new work out of it as a sort of commentary on the original music.

Thorsten Soltau
Thorsten Soltau works as a self-taught artist since 2006. He expresses a strong interest in sonic disintegration, conceptualism and dualism (philosophy / gender).
Works range from the electronic to the electroacoustic, assembled within the analogue or digital domain. His compositions rely on the factor of randomness and provoked „accidents“ inside the circuits of the used electronic gear. He was the editor of the online music review source ›aemag‹ from 2009 til 2010. Thorsten Soltau is a citizen of KonungaRikena Elgaland-Vargaland and resides in Friesland, Lower Saxony.

Emerge
Sascha Stadlmeier (1977) releases electroacoustic music with his project EMERGE since 2003 on international labels such as Drone Records, Tâalem or Frozen Light. Besides his compositional work on at the intersection of musique concrète, drone and noise, he is increasingly active in the field of free improvisation (since 2016). He uses live electronics, guitar, bass and amplyfied objects. A focus of his work is to collaborate with other artists, namely If,Bwana, Doc Wör Mirran, Toy Bizarre. He is touring intensely in Germany and internationally and has presented his works on numerous international festivals such as Avantgarde Festival, lab30, 20 Jahre MGNM, Zasavje Noisefest, Ecological Sound of Varna Fest and more. Stadlmeier has also produced sound installations and a radio work for Studio Akustische Kunst of WDR. He runs the label attenuation circuit, which has released the works of more than 100 artits up to date.

RLW/Ralf Wehowsky
founded the group P.D. (in 1981 renamed P16.D4) and the label Wahrnehmungen (in 1982 renamed Selektion) in 1980. P16.D4 were one of the most influential groups of experimental industrial music. they developed concepts of materialaustausch long before the term remix was even coined. for their live appearances they were equally at home at punk and no wave festivals as at the holy grails of academic avantgarde like the Ferientage Neuer Musik, Darmstadt. since the early 90s Wehowsky worked under his own name (rlw). his quiet, highly complex style of composition, based on artifacts of instrumental and electronic lateral noises is influential for numerous artists in the fields of electronic and improvised music. some reflections on his work can be found on TULPAS, a 5CD-box-set, featuring more than 50 artists performing their versions of rlw pieces (incl. Jim O´Rourke, Brume, Achim Wollscheid, Toshiya Tsunoda, John Duncan, Antanas Jasenka, Ryoji Ikeda, John Watermann a.o.). his actual work embraces musique concrete improvisee (with Bruce Russell, Johannes Frisch among others) as well as projects based on extended materialaustausch (like Die Eisenbüglerin).